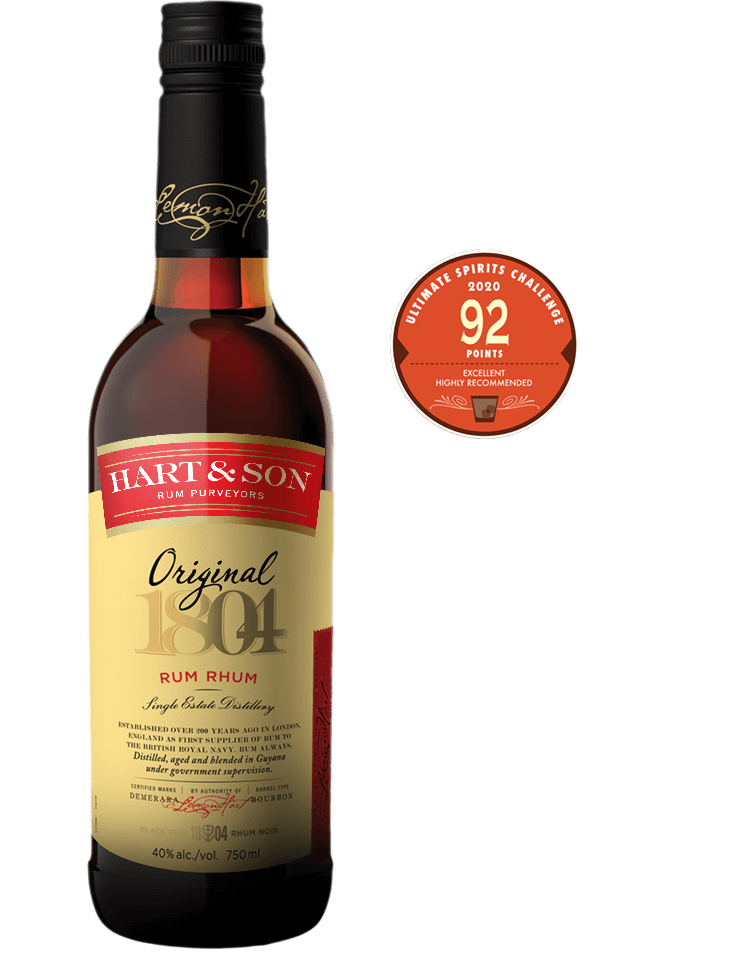 LEMON HART & SON – 80 PROOF – CLASSIC BRITISH-STYLE RUM Lemon Hart & Son Original 1804 is the classic British-style black rum, cherished by rum drinkers around the world for its bold, rich flavour, full-bodied complexity and exceptionally smooth finish. Original 1804 is the perfect example of a rum that shows pronounced flavour when mixed with cola. A premium blend of select single estate rums, distilled, Bourbon barrel-aged and blended on the East Bank of the Demerara River in the lush tropical Caribbean country of Guyana. Rum always. 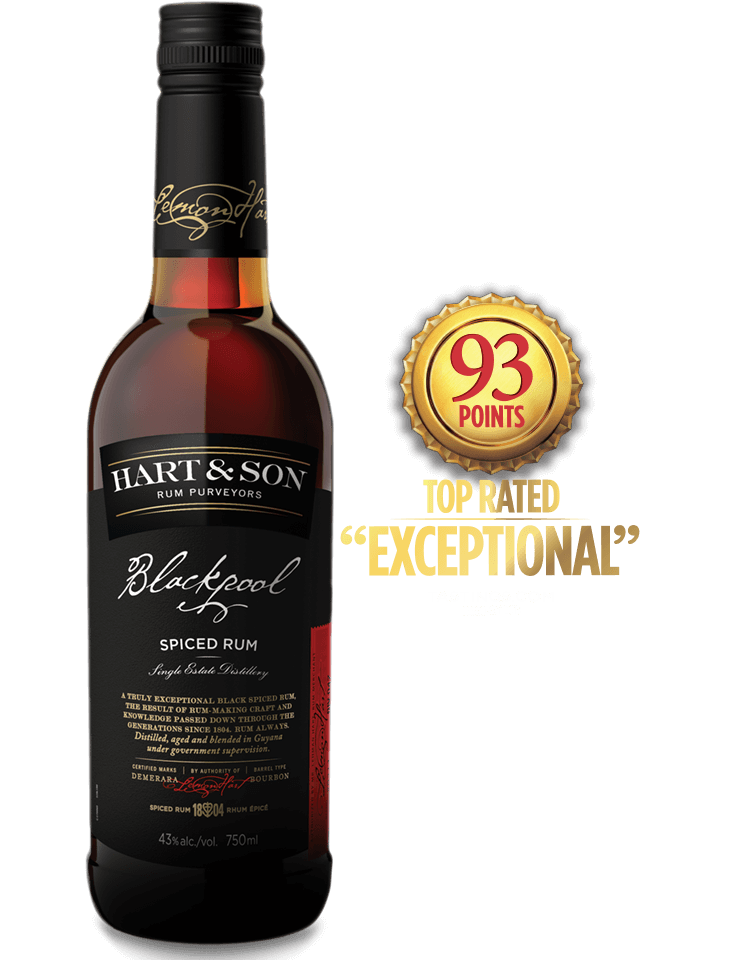 A NEW GENERATION OF PREMIUM RUM Awarded the Chairman’s Trophy at the Ultimate Spirits Challenge, Blackpool is a beautifully crafted overproof British-style single estate distilled spiced rum. Mastery of art expertly balances Blackpool’s naturally occurring Bourbon barrel notes of exotic dried fruit, island spices and vanilla bean with an all natural spiced infusion resulting in the definitive rum experience. Over ice, simply sublime. Mixed, adventurously awakening. Tribute to the provenance of the iconic Lemon Hart & Son brand and honour to the passion of rumcraft passed down through the generations at Lemon Hart & Son since 1804. 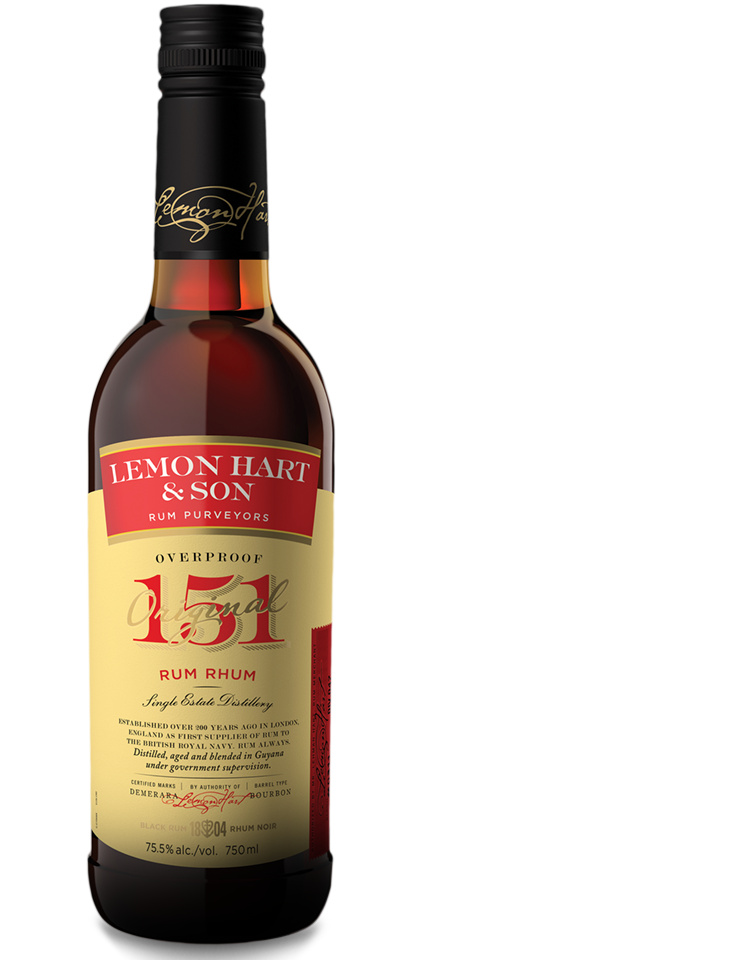 THE LEGENDARY GOLD STANDARD IN OVERPROOF RUMS Called for by name in many of Trader Vic’s and Don the Beachcomber’s classic tiki drinks recipes, Lemon Hart 151 is the legendary “Gold Standard” sought after and coveted by rum enthusiasts worldwide. Many rum aficionados believe that there simply is no substitute for Lemon Hart 151. Blended to exacting standards from an age-old recipe of select high proof Demerara rums, Lemon Hart 151 remains the epitome of an exceptional rum. Rum always. 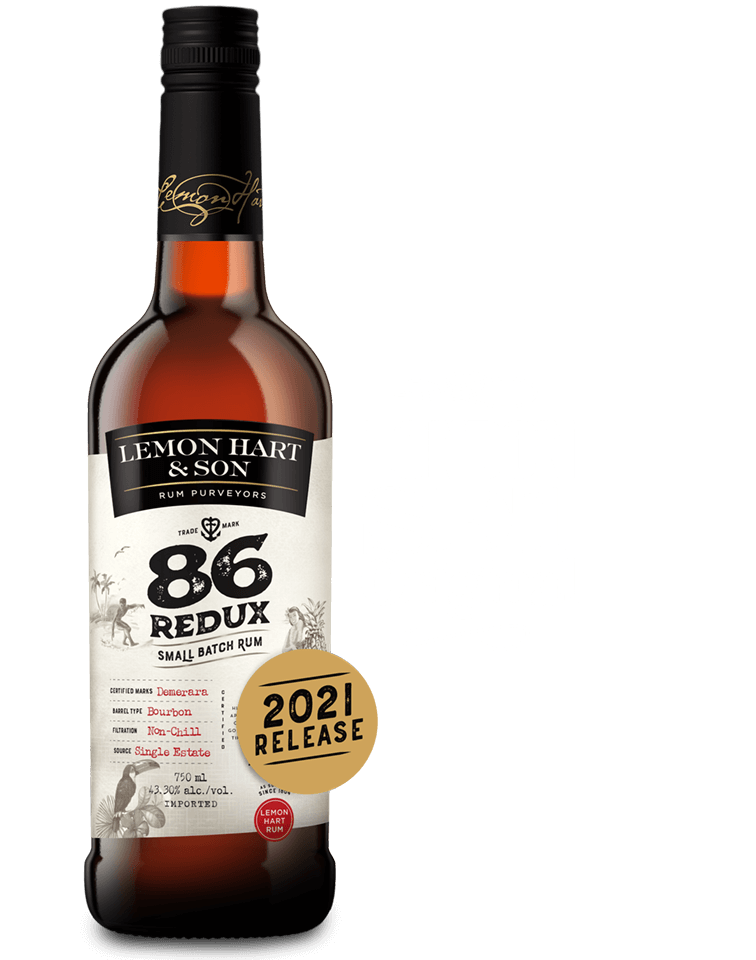 LEMON HART & SON – 86 PROOF – SMALL BATCH RUM The art of the blend, entrusted only to the masters, the custodians of heritage that allow us to savour the complexities of history sip by sip. 86 Small Batch Rum is a pre-Prohibition expression of our signature blend as interpreted by Lemon Hart & Son’s eighth Master Blender, Michael Booth, and crafted under the guidance of the century-old traditions of Lemon Hart & Son. 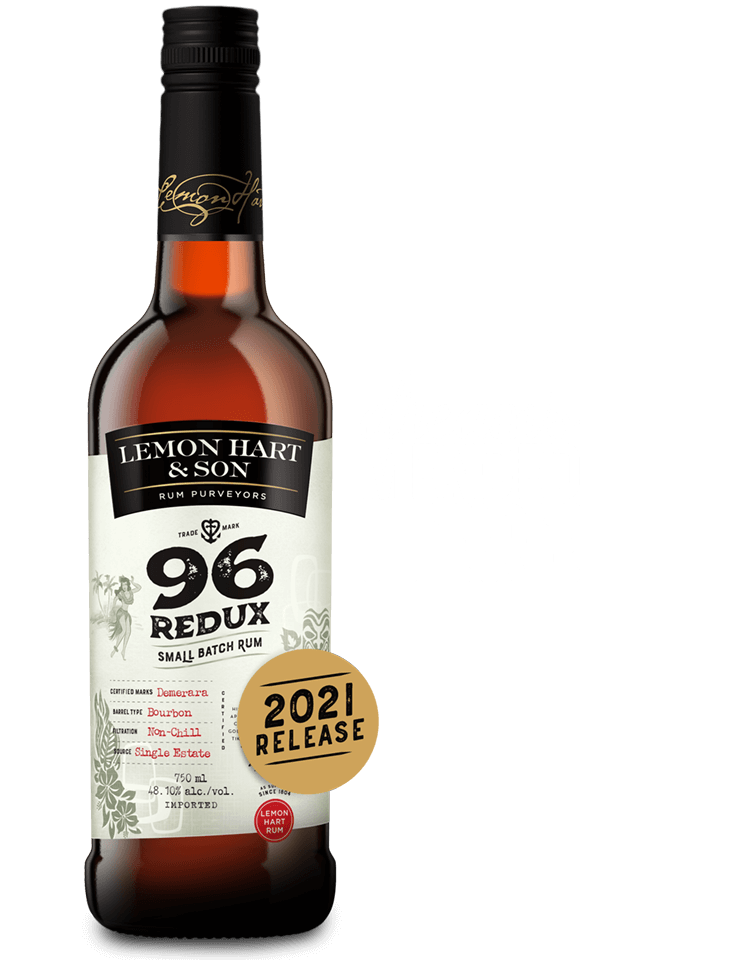 LEMON HART & SON – 96 PROOF – SMALL BATCH RUM The art of the blend, entrusted only to the masters, the custodians of heritage that allow us to savour the complexities of history sip by sip. 96 Small Batch Rum is a tribute to early Tiki culture (and one of Donn Beach’s favorite Lemon Hart & Son expressions) now a treasure as interpreted by Master Blender, Michael Booth. 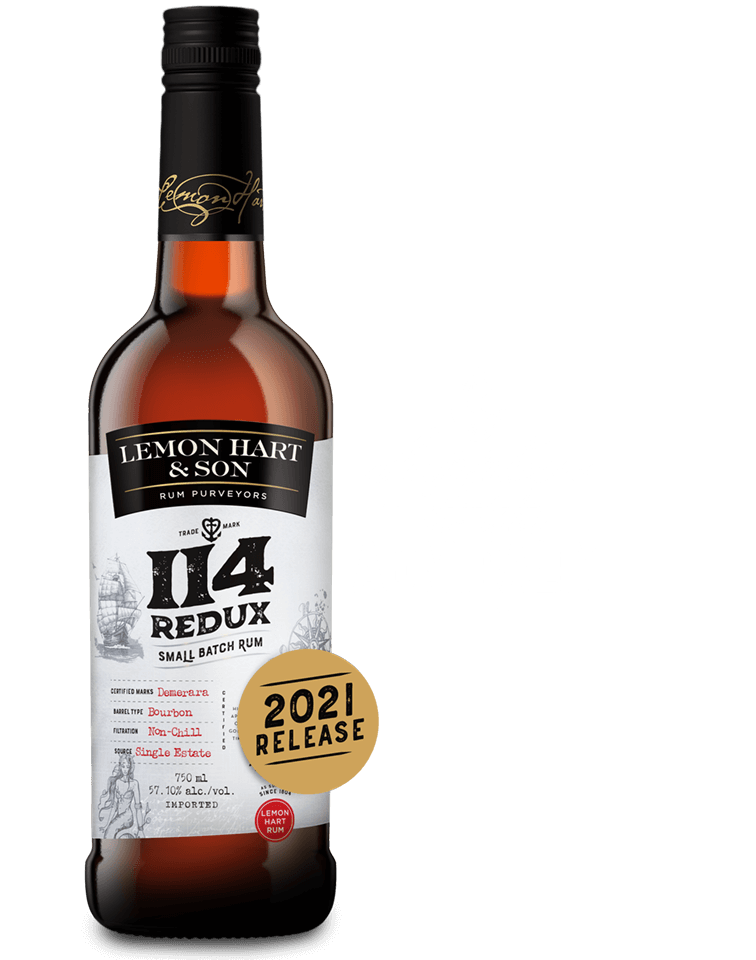 LEMON HART & SON – 114 PROOF – SMALL BATCH RUM The art of the blend, entrusted only to the masters, the custodians of heritage that allow us to savour the complexities of history sip by sip. 114 Small Batch Rum is the true spirit of a British-style dark Demerara rum, formulated at its historical London Dock strength of 100˚ proof spirit (57.1% ABV) and crafted under the guidance of the century-old traditions of Lemon Hart & Son by Master Blender, Michael Booth.

HART OF HERITAGE
Lehman (“Lemon”) Hart’s destiny in the world of rum began close to 50 years before his birth on 31 October 1768 in Penzance, Cornwall, England. The year was 1720 when his grandfather, Abraham Hart, a young enterprising merchant who settled in Penzance from Germany, began importing and trading in rums sourced from various islands in the Caribbean. Some 80 years later Lemon Hart would transform the family business by creating a unique blendof the finest rums and subsequently receive the inaugural appointment from the Admiralty as supplier of rum to the British Royal Navy.

HART OF TRADITION
The history of rum is truly the history of sugar, two areas of trade where Lemon Hart’s grandfather began in 1720. For years after, amongst the grey granite wharves of Newlyn in Cornwall (a port town nearby Penzance), stevedores stacked cargo-stout barrels of early island rums, embarked at various Caribbean ports, imported by Abraham Hart for eventual sale or trade. By his death in 1784, Abraham Hart set the course for the family name for generations to come by securing a solid reputation as a reputable spirits merchant.
READ MORE 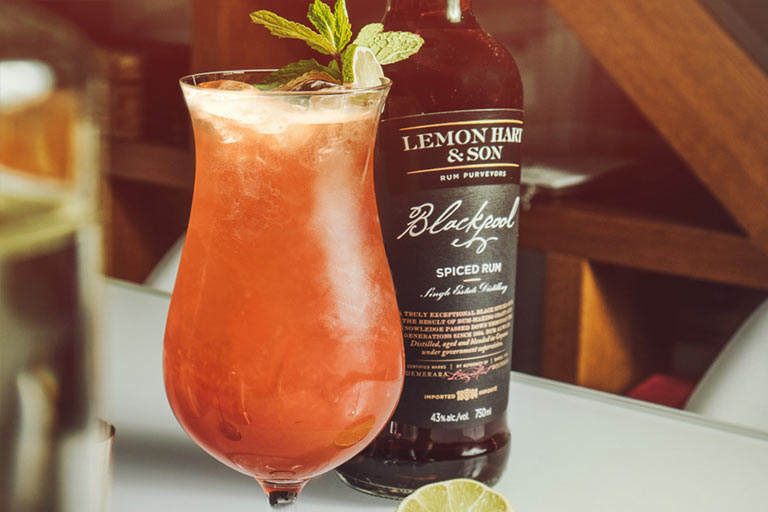 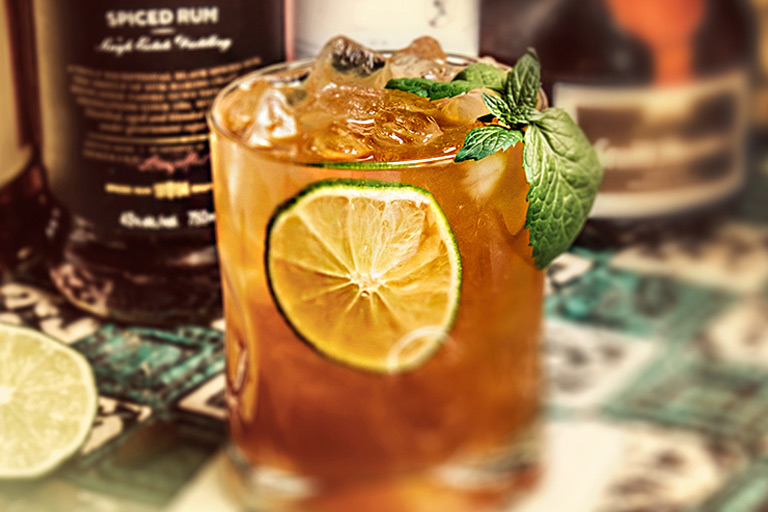 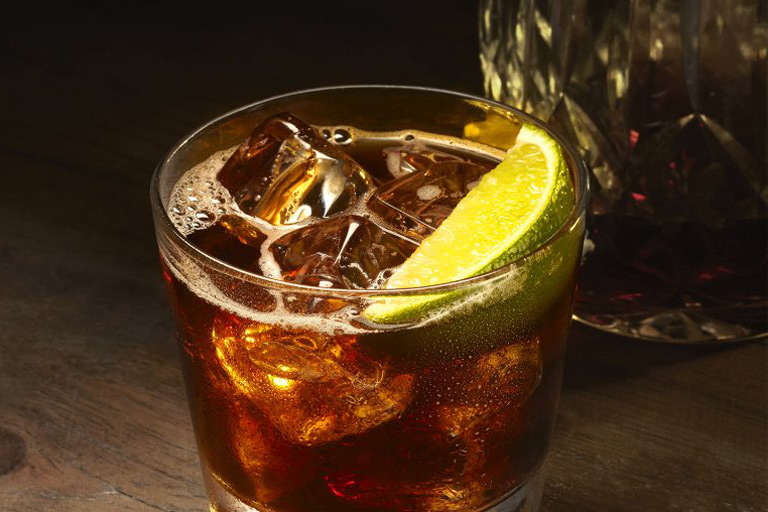 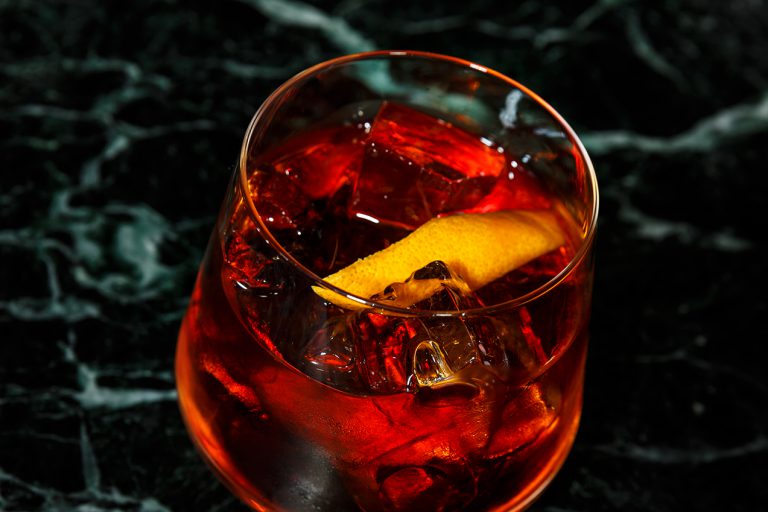 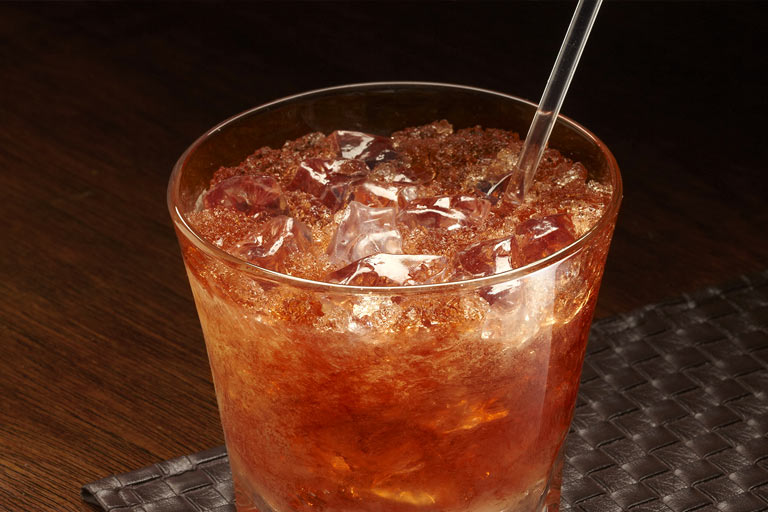 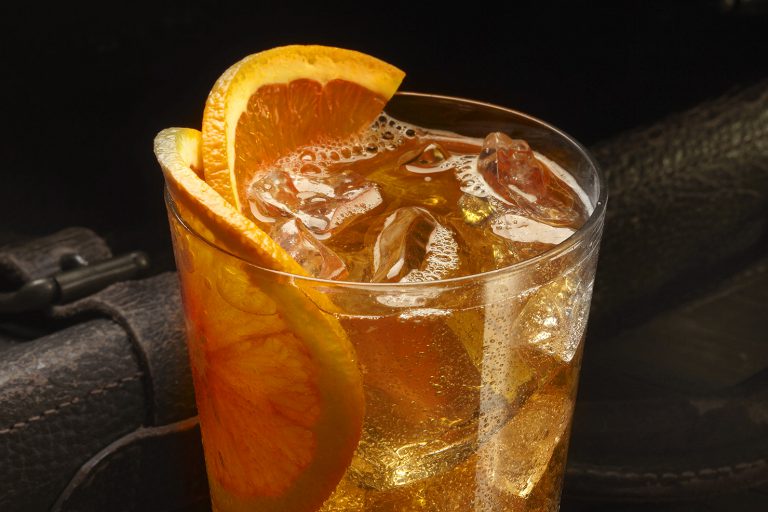 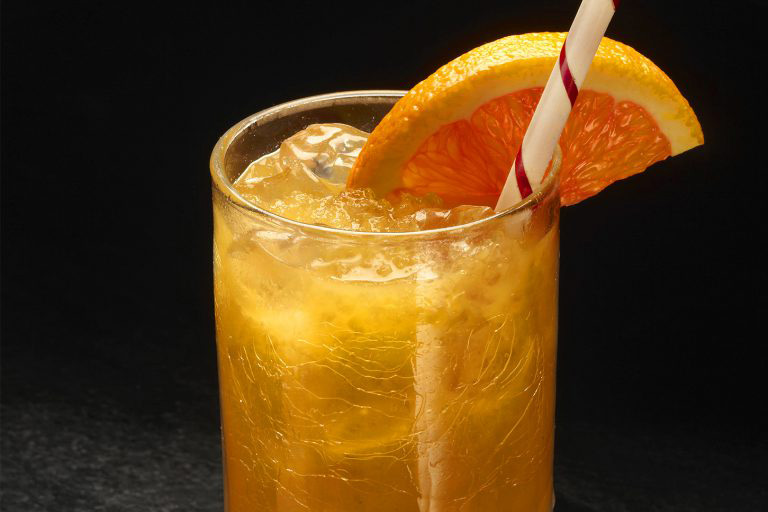 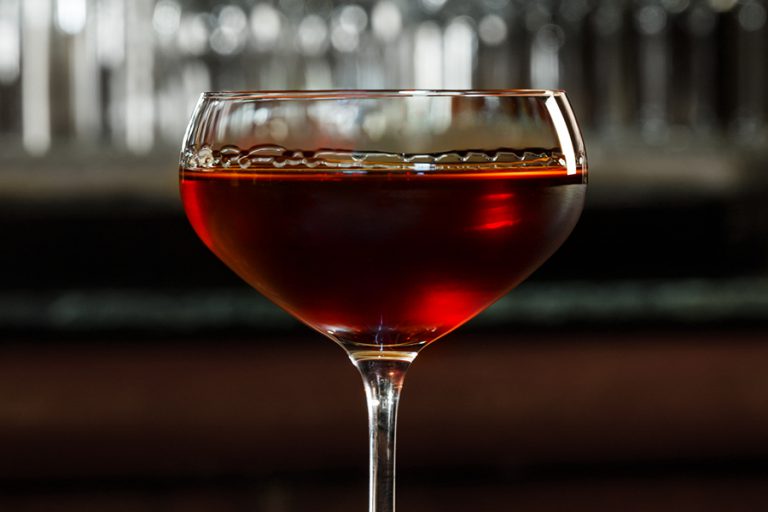 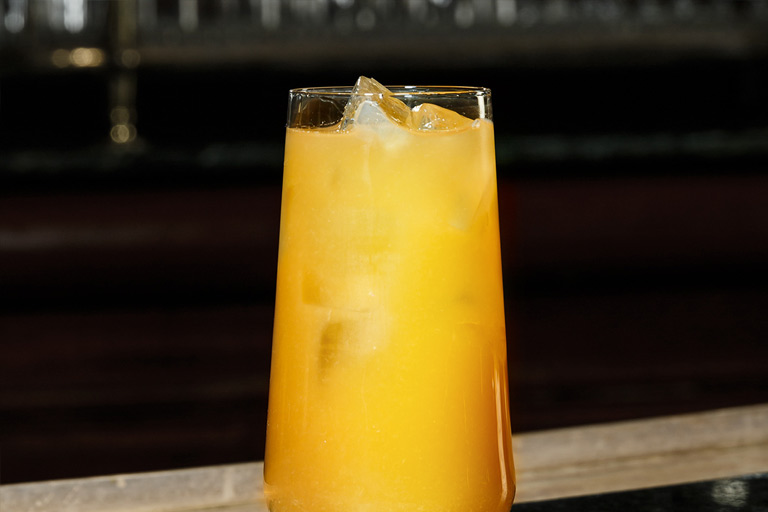 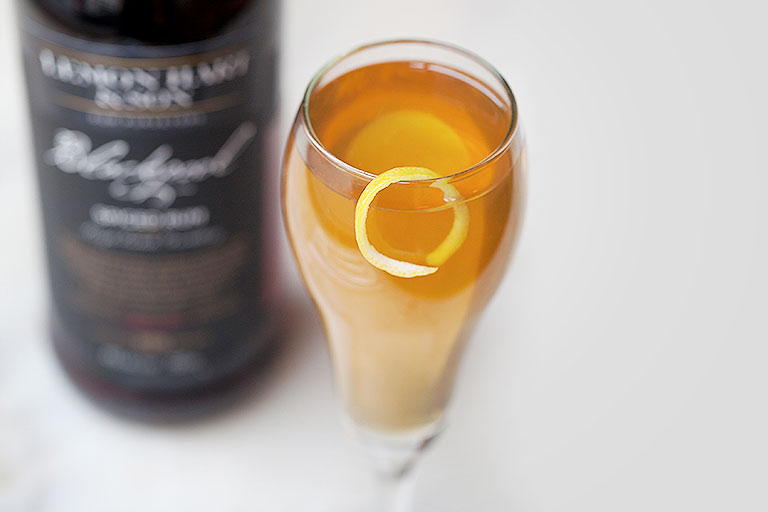 Whisper of the Hart

Ronald Searle is regarded as one of the 20th century’s finest graphic artists. He was best known in the United States for the many prolific covers he drew for the New Yorker magazine, in England as the creator of the very popular St. Trinian’s cartoons, as well as regular contributor to the New York Times, International Herald Tribune, Le Monde and Life. The British artist-illustrator-caricaturist-cartoonist contributed to the Lemon Hart advertising campaign for 11 years between 1951 and 1962. Mr. Searle’s iconic work for Lemon Hart Rum included design and illustration of magazine ads, recipe booklets and a seriesof original posters he created which ran on billboards during the 1950s. Cheers to the brilliance of Ronald Searle! 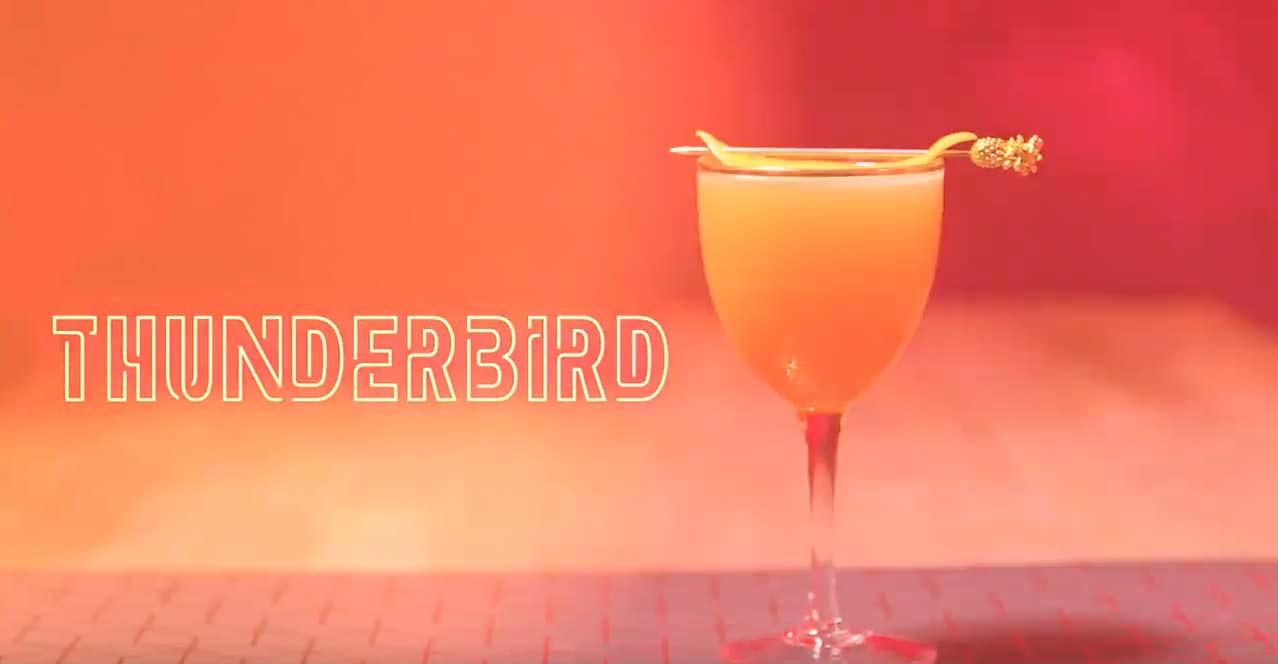 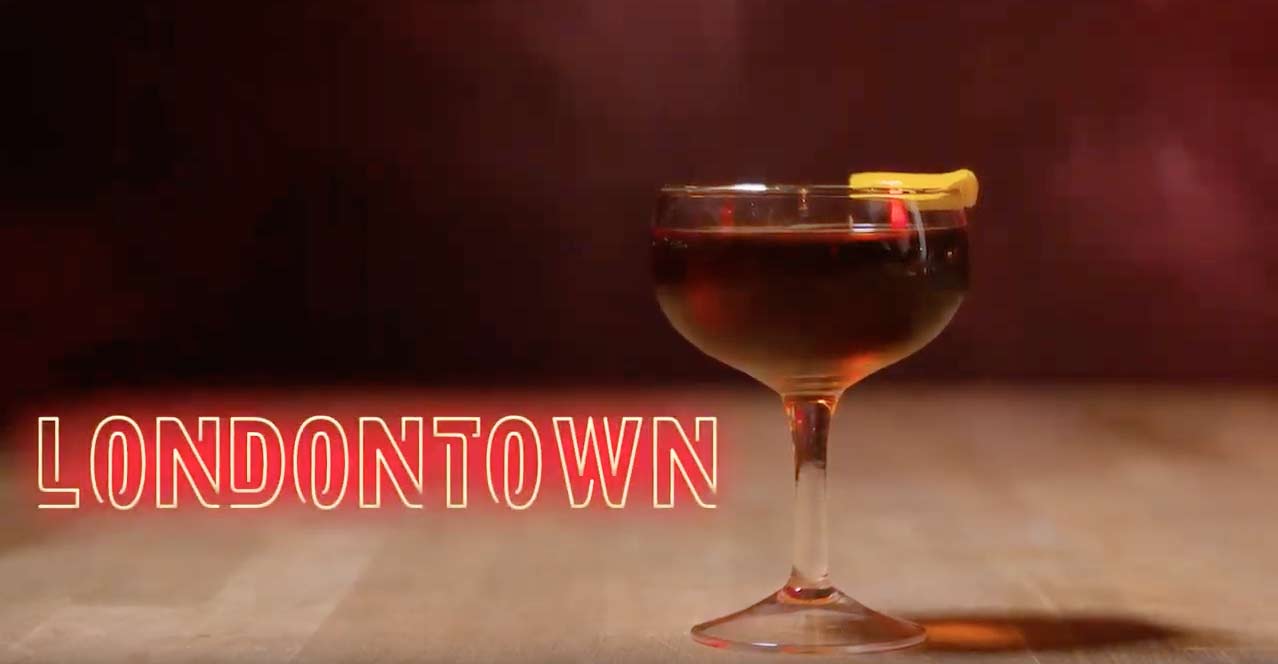 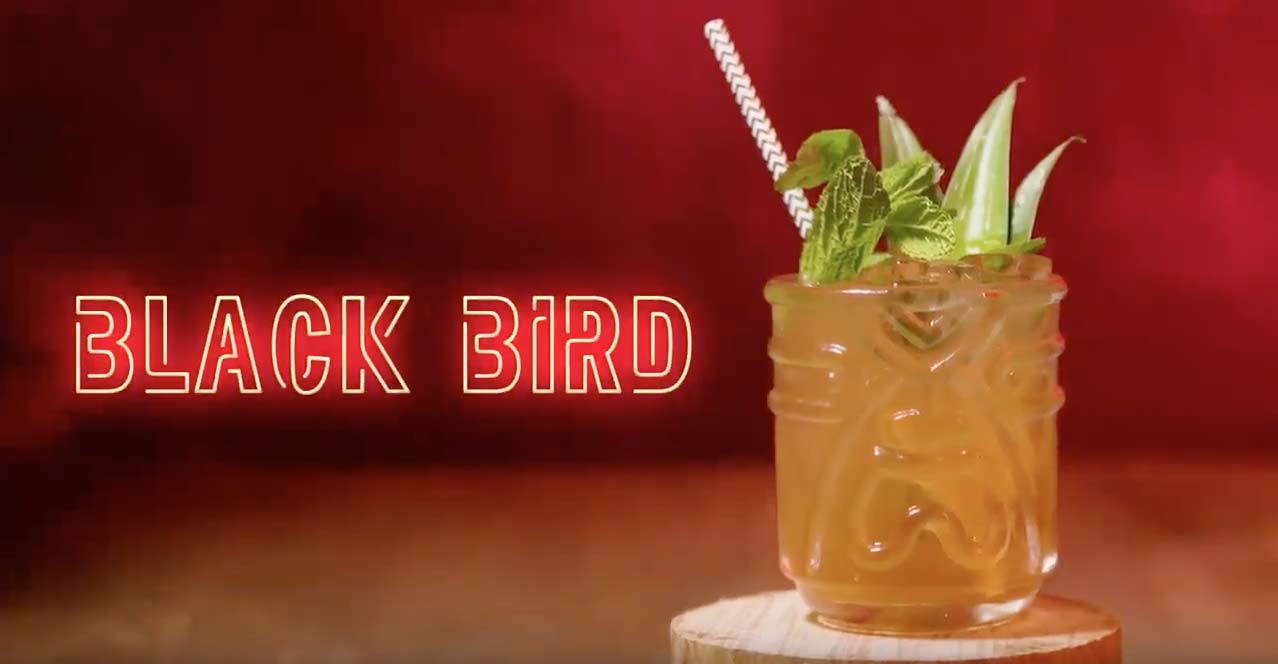 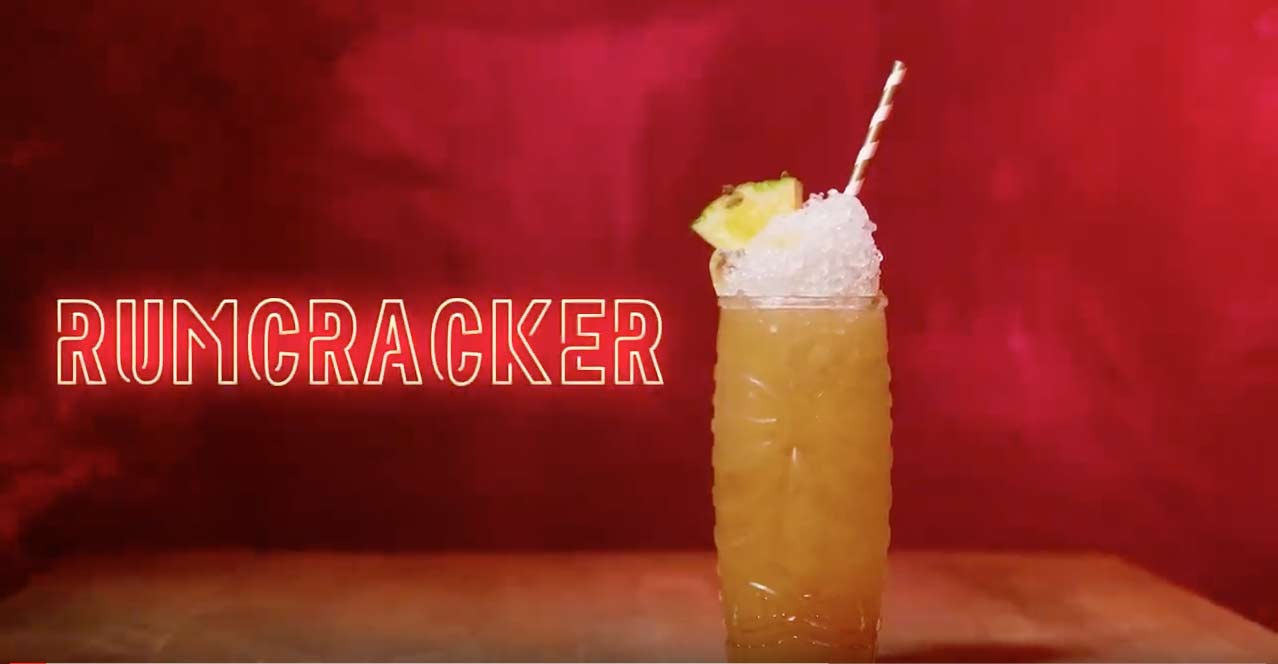 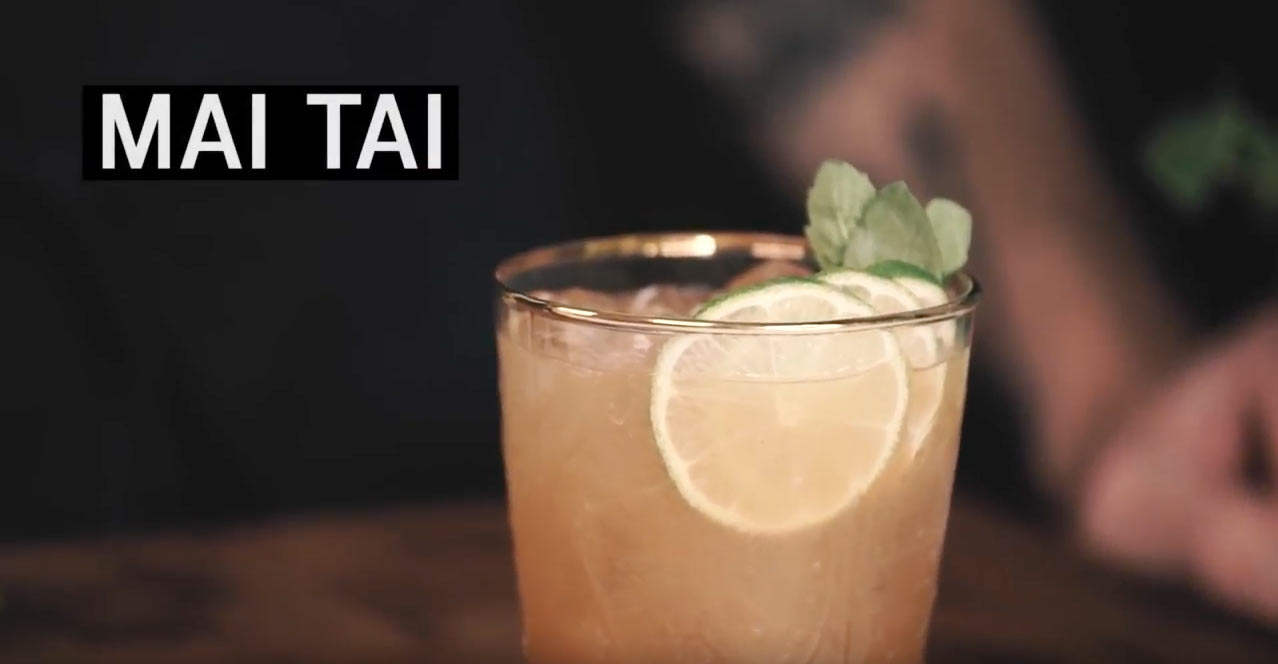 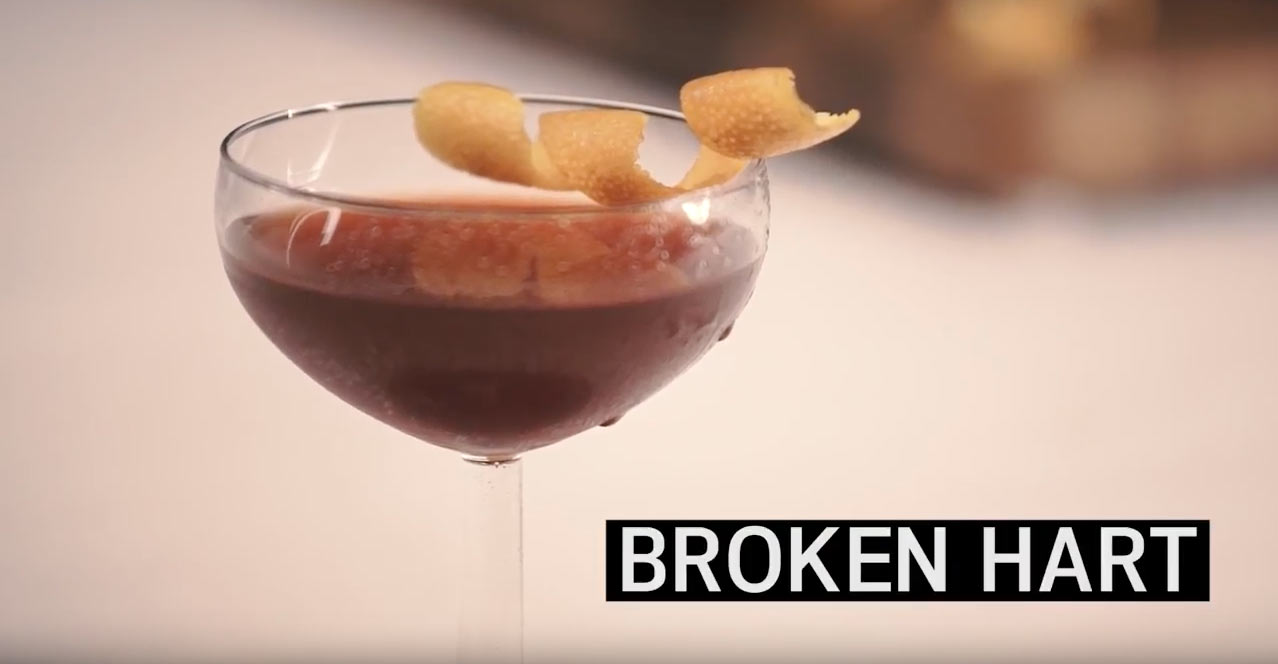